The Evolution of Gymnastics Leotards

The Evolution of Gymnastics Leotards

Every Summer Olympics, the USA gymnastics team catches everyone’s eye with some of the shiniest gymnastics leotards. The sparkly leotards are adorned with even more accessories that sparkle to make them stand out as they fly through the air doing their flips and tricks.

Looking back, however, you can see that leotards didn’t always have this razzle-dazzle. Back in the 1930s and 1940s, during the earliest years of women’s gymnastics, leotards looked similar to what your grandma would wear – modest and boxy. The lower half offered maximum butt coverage to maintain a level of propriety for the competitors. However, as gymnastics grew to be more acrobatic, the leotards changed too. Gymnastics needed more stretch in their fabric to allow a greater range of motion.

Nadia Comaneci competed in the 1976 Olympics wearing a plain white leotard with piping in the colors of the Romanian flag. Her leotard was not skin tight but highlighted her strength at just 14 years old. The front was simple with a V-neck and absolutely no flash. 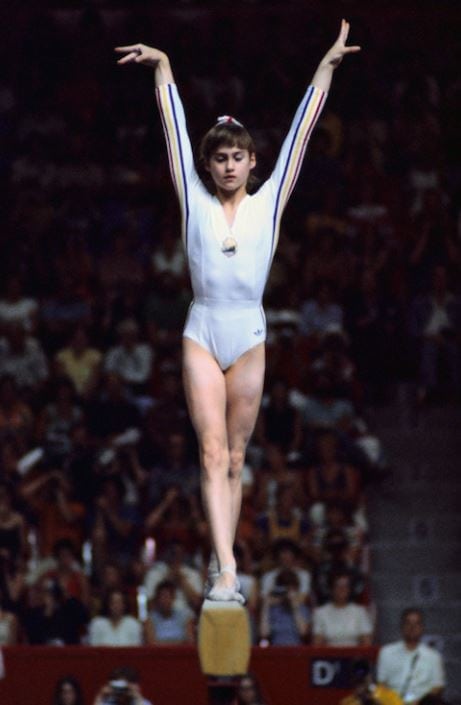 Other competitors at that time competed in simple, relatively unadorned leotards that you could simply slip a pair of pants over and head out for your daily errands.  Comparing these styles to today, it’s like night and day difference between the two. Today’s cuts are higher to give gymnasts, who are known to be shorter than most athletes, longer legs. 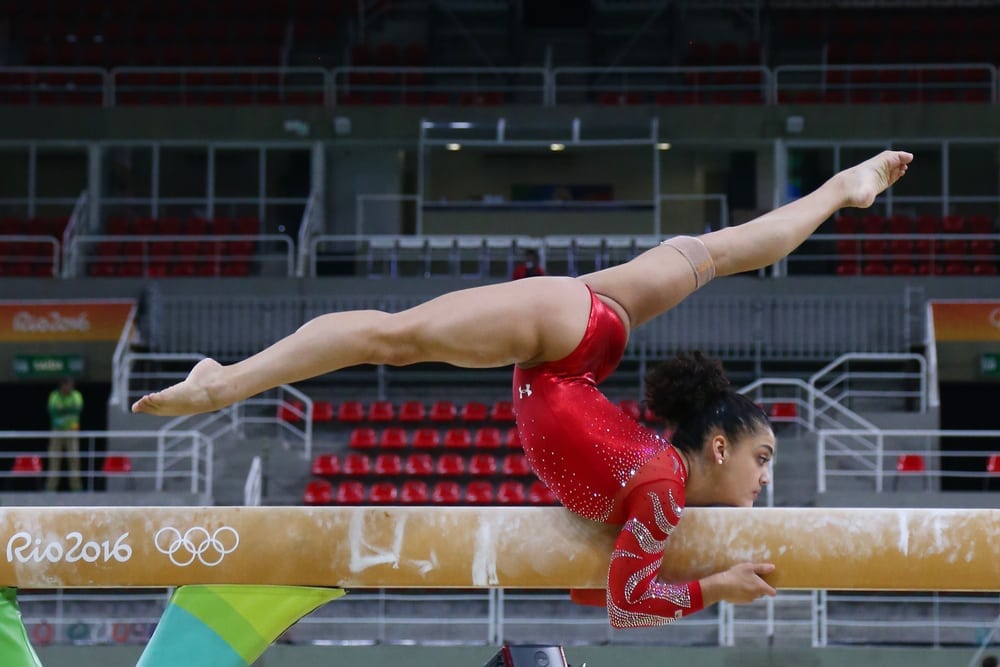 How Technology Has Changed

The most important change to gymnastics leotards is the improvement in fabric technology. Back then, stretch fabrics were not as elastic and construction skills were not as they are today. The addition of four-way stretch fabric makes for a more durable fabric for such a high-intensity sport.

This elasticity has become vital to the sport as the athletes continue to defy gravity with their athletic maneuvers. The shiny fabric with high elasticity also has the advantage of showing off the athletes’ powerful bodies. It empowers the athlete to show off their strength that they have built over the years.

The Shift From Patriotism to Sparkle

In the past, you can find gymnastics teams that wore leotards that bore their flag colors. Many teams now have moved away from this form of patriotism and gone toward the idea of “the more sparkle, the better”.

The amount of crystals on the leotards has gone off the charts. Nowadays, gymnasts can find themselves paying thousands of dollars for a leotard covered in crystals!

But why is all this sparkle happening? Many believe that figure skating is influencing the look of the sport. Many leotard manufacturers say that when they are sent new looks for custom designs, they get reference photos of skating dresses and designs. Cheerleading programs are also known to be the same gyms with gymnasts and can play a part in influencing leotard designs. With cheerleading being all about glitter, it is easy to see the influence of bedazzling and mesh coming into this market.

Being on the Olympic platform is another critical factor in the change of leotards. These young girls want to stand out from everyone else and feel special while on the biggest stage of their lives. Therefore, leotards with added sparkle are no surprise when these girls want to catch everyone’s eye.

Designing leotards for the Olympic stage means taking every detail into account. From body types to even the color of the mats, all these factors play a part in developing the perfect colors that will pop off the mats.

Outside of the Olympics

College leotards are influenced by fashion trends more so than the elite level. College gymnastics are known to have pop culture references in not only their fashion but routines as well. Can you even imagine an Olympic gymnast dabbing in front of the stern judges?

Those who watch college gymnastics have probably seen that a lot of the leotards have open or ornately decorated back. The focal point at this level is the back and the bling. The more unique the better and add as much crystal as you can possibly put on a leotard.

In comparison, the elite Olympic gymnasts have a bit more of a sedate look than its university counterpart. But, both still demonstrate the change of direction in leotard design, moving to tighter, shinier, and sparklier.

Find out more history here and don’t forget to check out our gorgeous sparkly fabrics to find your next leotard designs!

How to Choose the Best Activewear Fabrics For Your Apparel Brand

13 Sewing Hacks and Tips You Should Know for Stretch Fabric