Originating in India, seersucker fabric comes from the phrase “shir o shakar” in Hindi and Persian, meaning milk and sugar, referring to the two textures in the fabric. Seersucker fabric was later brought to the Western world by Muslim traders. It became popular in British colonies as a lighter material that was comfortable in warmer climates. When seersucker fabric came to the U.S., it was used for many clothing items. The material eventually became a staple for men’s suits in the summertime in the South. The light fabric was perfect for the heat and humidity of the summer since air conditioning was not around then!

From the 1800s to the early 20th century, seersucker fabric began being used in mattresses, bedding, and night clothes, particularly during the summertime in Britain and the United States. Since it is a more inexpensive, durable fabric, it was also used during the Civil War in America to make sacks and pants that would hold up during the fight.

During the cowboy Old West days, a heavier-weight dark blue seersucker began being used to make classic overalls, jackets, and caps for train and railroad workers.

This fabric eventually spread to butchers and employees of the gasoline companies. This cotton fabric was durable, cheaper to produce than other fabrics, and kept the wearer cool while working by a hot train. Even today, the uniforms of American train drivers include the aptly named “railroad stripe” caps from this use of seersucker fabric in this time.

With seersucker being used most commonly by blue-collar U.S. workers, the fabric was viewed as a fabric for the poor. Then in the 1920s, college students began wearing it to make an ironic statement about the air of elitism that was happening. This caused the fabric to become very popular in the higher classes. This is how seersucker suits became as popular as they did in the South.

Since seersucker is comfortable and easily washed, it was the choice for many service uniforms including nurses and hospital volunteers that wore the “Candy Stripe” type of red and white seersucker.

Now that we’ve gone over some of its history, we can talk about what makes seersucker the way that it is! Seersucker fabric is light, durable, and incredibly breathable. It is woven in a way that makes the threads bunch together, giving the fabric a wrinkled appearance with it distinctive stripes as you can see below. 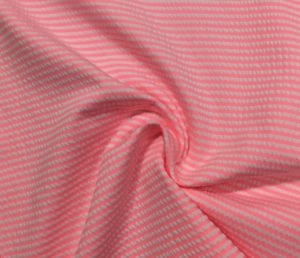 Seersucker fabric is generally a cotton blend, nylon blend, or polyester blend. The uneven texture from its puckering effect makes the fabric sit away from the skin giving the wearer some air circulation.

Weaving fabric on a loom means two sets of yarn are needed. One set is called the “warp” yarn, which is held vertically on the loom. To weave fabric, the second set called the “weft” yarn is woven through the warp horizontally. 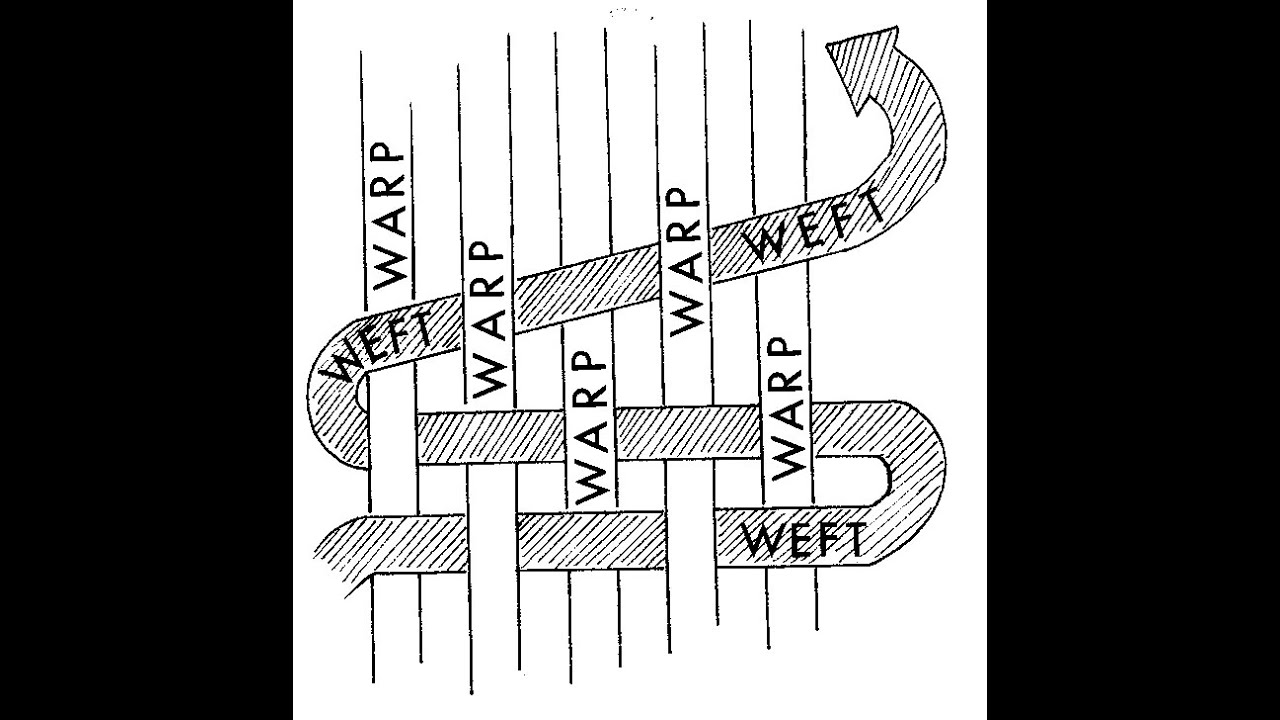 Originally, fabrics were hand-woven or made on a loom you had to manually operate. Now, you can see that most fabrics are produced on computer-controlled looms.

Most fabrics are created with their warp yarn being held in uniform tension. Seersucker is different due to its crinkled look. This fabric is made with the slack-tension weaving process which involves two warps must be used. One warp is held under regular tension, producing a plain stripe. A second warp is held at a different, most likely higher tension to produce the crinkled stripe. With one thread being slack and the other tight, the result is a puckered effect.

Nowadays, seersucker fabric is most commonly the blue-and-white stripe pattern. However, with it’s reemerging popularity it now comes in a variety of colors. Seersucker fabric can be used to make all sorts of clothing including activewear. It is commonly used to make suits, dresses, shorts, and shirts, even robes. It is versatile enough to be used in home decor for curtains and bedding. This is because of its ability to give some much-needed air circulation during warmer weather. Overall, seersucker fabric is making a comeback, especially in activewear. With the fabric giving some air circulation during an activity, it is a great fabric to keep cool in!

You can find out more on the history of seersucker here! Don’t forget to call (844) 827-4206 to learn more about our options for seersucker fabrics!

How to Choose the Best Activewear Fabrics For Your Apparel Brand

13 Sewing Hacks and Tips You Should Know for Stretch Fabric